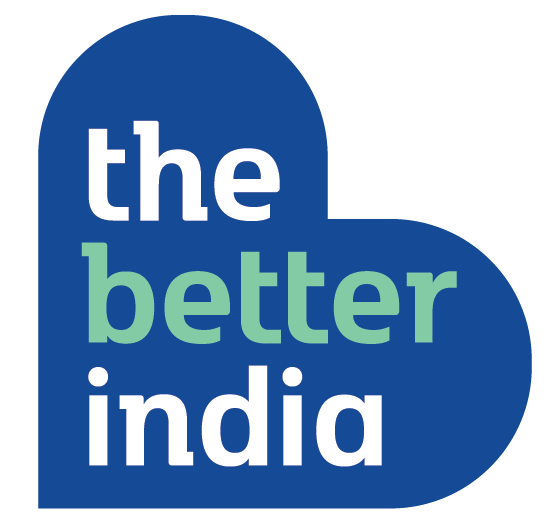 “I saw the world from a more empathetic lens and decided to do something for homeless people. Since cooking was my forte, I started distributing free meals over weekends,” he says.

The famous saying – ‘The past is where you learn the lesson, the future is where you apply it’ – holds strongly for Australia-based chef Daman Shrivastav who believes that success and failures taste alike.

Whether it was working in top-notch 5 and 7-star hotels, being a fruit-picker on an orange farm or for that matter surviving the 1990 Gulf War, Daman believes that every phase made him a better person. For a chef of his stature would have never realised the meaning of starvation if it were not for trembling Iraqi civilians in underground bunkers.

No wonder feeding strangers, especially international students, came naturally to the 54-year-old as soon Melbourne went into a lockdown in March. With his personal savings, Daman cooks 500 meals every week.

Daman is presently working as a Culinary Arts Lecturer at the Box Hill Institute. He lives with his wife and 8-year-old daughter in South Morang, Melbourne.

From pot washing in a Delhi restaurant to becoming the President of Australian Institute of Technical Chefs (AITC), here’s Daman’s upward and onward journey.

Born in Uttar Pradesh’s Gorakhpur area, Daman is the youngest of four siblings. He was raised in India’s capital, Delhi. His father juggled between two jobs to meet the household needs.

Daman realised very early on that he was a below-average student, so he focussed on excelling at life skills. It started with trying his hand in a pharma factory where he worked for a brief period to deliver bandages after completing high school in the early 1980s.

His fascination with the hotel industry began after he saw a waiter wearing a bow-tie and jacket.

“I was around 12, and we were at a dining restaurant when I was mesmerised by the elegance of the waiters displayed in their sharp ties and black suits. They reminded me of Amitabh Bachchan’s character in the superhit movie ‘Amar Akbar and Anthony’,” Daman recalls to The Better India (TBI).

Though the hospitality industry back then was not as glamorous or appealing as it is now, his father was not dismissive. All he said was if he entered the industry, he had to be the best chef.

When Daman turned 18, his father helped him get a job as a pot washer in a restaurant. Turns out, working in a hotel was way more challenging than he had anticipated.

So, he quit and did his Diploma from Institute of Hotel Management in 1982. He secured a job with Oberoi Hotels in Delhi, and a few months later Daman moved to Baghdad to work for Al-Rasheed Hotel.

Living away from family at a time when international calls were rare was hard. While he was excited to work in such a prestigious hotel, he felt sick frequently due to different climatic conditions. He was even asked to return to India but refused.

Daman’s first take away as a chef was not giving up in the face of adversities. This would give him the strength to survive the war during his second visit to Baghdad.

“My culinary skills grew beyond my imagination amidst all the graveyard shifts. My interest in food rose like never before as I learnt about the world via food. My salary was 170 dinars, but I managed to save money for higher education,” he says.

In 1984, Daman moved to London and completed a Diploma of Professional Cookery from Westminster College. He stayed for three years and worked with The Dorchester and The Savoy.

With a degree from a reputed college and credible work experience, it was fairly easy for Daman to find a job. He went on to work with Maurya Oberoi and Maurya Sheraton in Delhi.

Soon, he received an offer from Al-Rasheed again, but this time it was for an executive position.

“I saw it as a huge stride in my career graph but little did I know it was the beginning of a downfall and I would face the most horrific attacks in my life,” says Daman.

A few months into his new job, Saddam Hussein, the then President of Iraq had invaded Kuwait and bombs were dropped in Baghdad.

Daman distinctly remembers the cramped underground shelter inside the hotel where foreign journalists and other guests hid.

Promotion
“After reporting the entire day, the journalists spoke about the horrific tragedies civilians went through at night. As we were being prepared for a chemical gas attack, I wondered about the needy who starved because of a complete shutdown. Meanwhile, the hotel had enough reserves. So my team and I cooked meals for the civilians,” he recalls.

As his co-workers went back to their respective countries in rescue missions, Daman decided to stay back, “Iraq gave me employment, how could I have abandoned it in times of crisis? Besides, seeing the happy faces after receiving food, I no longer feared death. As planes hovered and missiles dropped, we ate silently and prayed for the war to end.”

On the one hand, as the resources of the country depleted, Daman ran out of his savings on the other. The dinars he had saved were no longer legal a year later.

Once everything returned to normalcy, Daman decided to move back to India. He had just a dollar in his pocket. With the help of a few people, he reached Amman. Here, he ended up with a fruit-picking job.

To his surprise, the owner was related to Hussein bin Talal, the then-king of Jordan.

“The owner recommended me to a local who wanted to open a French restaurant. As a test, I had to prepare a seven-course meal for Hussein. As she finished his last course, the restaurant owner hired me in 1992.”

Daman’s first-hand experience in the war-torn area was life-changing. Where he saw children struggling to get proper meals, he also saw his guests wasting food.

“Iraq made me realise food is a human right that can connect individuals from different backgrounds. It is a universal language that has no place for boundaries. Here is where my tryst with feeding the needy began.”

Life In Australia During Pandemic

Daman took yet another risk in 1995 and moved to Australia with his first wife and son. He had no job guarantee.

“Starting from scratch gave me thrills, so here I was again walking on the streets of Melbourne to save every penny and knocking restaurant doors for a job. The confidence I had in my culinary skills kept me going,” says Daman.

From working in a hospital kitchen to fine dining, Daman moved up the ladder and in 2008 opened his own place.

As his professional life reached new heights, his personal life went down a spiral a year later. He separated from his wife and for two nights slept in the park.

“I saw the world from a more empathetic lens and decided to do something for homeless people. Since cooking was my forte, I started distributing free meals over weekends,” he says.

When the pandemic struck this March, he was ready to compromise on sleep schedules and work harder to deliver meals to COVID-19 positive people, ones who lost their jobs and the international students.

Sai Kiran, a Master’s student at La Trobe University, lost his job and was diagnosed with coronavirus in July. Daman provided meals to him every week till he recovered, “I am grateful to Daman for going an extra mile to help strangers like me,” Sait tells TBI.

The father-daughter duo leaves early morning in their car to deliver food. Seeing their efforts, the locals often end up at Daman’s doorstep to help, and some people travel from as far as 40 kilometres.

“When I heard about Daman’s initiative and his willingness to serve people, I helped him identify delivery locations and roped in some volunteers to help. I have been volunteering nearly every day since we met to spread the word,” Stevie Thorpe, a volunteer tells TBI.

“I am so blessed to witness the power of the community once again. It is heart-warming to see people selflessly dedicating time, efforts and resources to make this world a better place,” Daman adds.

Daman may have fed celebrities like Mohammed Ali and influential people like the King of Jordan, but the joy of feeding the needy is unmatched. The chef aims to continue this endeavour for life.