From being a fruit-picker to heading Australian institute of technical chefs, meet Daman Shrivastav 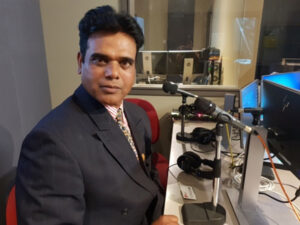 It was during the gulf war, when Indian-origin Chef Daman Shrivastav who worked with a top-notch seven-star hotel in Baghdad then, had to flee to Jordan.

“I donated everything I had and left with merely five or six US dollars and reached Jordan by road,” Mr Shrivastav tells SBS Hindi.

Having worked with reputed, luxurious five-star and seven-star hotels in India, England, France and Iraq, it was a big setback for Mr Shrivastav, when he had to pick fruits in Amman for a living.

“However, I climbed up gradually. I started as a fruit-picker but later started my own restaurant in Amman,” he recalls.

Mr Shrivastav ran a successful business and a hotel venture which catered French food in Jordan before he migrated to Australia in 1995.

The struggle began all over again.

“But what helped me was I had a lot of hands-on experience. I had the experience of running a 92-member staff restaurant but I also knew how to do it myself. That’s how I began in Australia,” he says.

In two decades, Mr Shrivastav has worked at a couple of hotels in Melbourne and also as the chief Chef at the Victorian Parliament for corporate events.

“I later started teaching because I am keen to fill the gap between what was being taught at school and what the industry actually needs,” he says.

Currently, he teaches at Box Hill Institute of TAFE in Melbourne and was recently made the President of the Australian Institute of Technical Chefs (AITC).

“I am honoured to be the President of AITC. It is a body that differentiates regular cooks from technical Chefs who have the skills, attitude, knowledge and experience required to be a technical Chef,” he says.

“So many young people from India work in the food industry in Australia. They are hard-working, eager to learn and some of them are also entrepreneurial in nature. I believe they have contributed a lot,” he says.

Mr Srivastav is also currently pursuing a PhD in hospitality.